Our Weekend Reading series (brought to you by our Patreon backers) continues with a curated selection of articles—and a few other things—from around the Internet that interested us this week!

First, a quick housekeeping note: I’m doing a monthly “Behind the Mics” blog post over on our Patreon page to give show patrons a look at what’s coming up each month and what we’re working on behind the scenes. The first one is up now. Not every Patreon supporter regularly checks their Patreon feed, so I wanted to make sure I shared that news here as well.

The awesome folks over at Speculative Faith—who publish reviews of and maintain a library of Christian speculative fiction—announced this week that they’re partnering with Splickety to produce Lorehaven, a quarterly webzine of Christian fantasy, sci-fi, and other speculative fiction genres. It sounds pretty great, so if you’re into that (as a reader or writer!) give it a good look. From E. Stephen Burnett’s announcement:

I’m an “evangelist” for Christian-made fantastic fiction. I tell people about these books all the time.

But when I mention them in churches, to other Christians, no one has heard about them.

We need ways to reach out to them, because they do want to read these stories. They just can’t find them. So they go to superhero movies instead, and get their fantastic “fix” in other ways. If they knew of creative, excellent, provocative Christian-made fantastic fiction, many new readers would love these novels.

My gaming article this week isn’t actually an article, but trust me, you’ll spend a lot of time reading it. Turns out Reddit has an Evil Buildings subreddit over at /r/evilbuildings. Need a visual aid for any evil lair, megacorp facility, or creepy tower? You are covered. Seriously, just look at these: 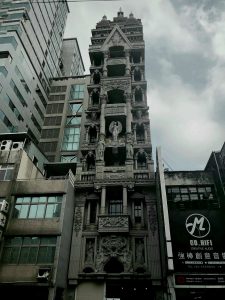 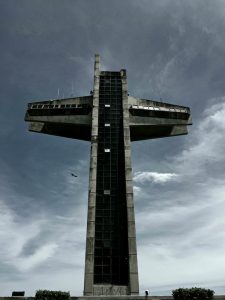 Finally: Where do you draw the line between commercial immersion and LARP? From io9’s Germain Lussier and his article “Walt Disney World Resort in Florida Is Opening a Completely Immersive Star Wars Hotel”:

A few months ago, Disney employees hinted to fans that actions would have consequences in the lands. We didn’t quite know what that meant—but at D23, Imagineers explained a bit more.

For example, you may see Chewbacca around talking to Hondo. They’re up to no good and could be recruiting a group of people to go on a mission. So then you’d go on the Millennium Falcon ride, one of two in the park. Based on how you and your crew does on that ride (the ride will allow each individual person to have their own job aboard the Falcon), you could get some extra republic credits afterward, or maybe a stern talking-to. If you’re really, really bad though, bounty hunters might hunt you throughout the park, like a new one named Harcos.

There’s a solid article on making custom GM screens over on Gnome Stew that you really should check out. The next time I have a regular in-person gaming group, I’m probably going to take the plunge on one of these.

The things you want to capture from the rulebook are things like charts, tables, lists that contain sequence of events, and handy page number references. Keep in mind that you’re going to have four panels of 8.5 inches by 11 inches to work with. You want to use all of that space to maximum effectiveness, but you don’t want to overload everything into the panels and be forced to use a six-point font to make it all fit.

Gamechurch has an article on Christian themes in the games of E3 that’s worth a look.

Our writers have scoured the press conferences and announcements of E3 to uncover the most spiritual developments in the games industry has to offer in the coming months.

Also, if you are curious about whether we are serious about all of these, the answer is yes, particularly Mario-staches, we don’t joke about that plumbers mustache.

If you’re on a budget and enjoy a good Diablo-style hack & slash action RPG, it’d probably be worth your while to check out Path of Exile if you haven’t already because as you read this, they’re scheduled to add two new acts to their 4-act game. A couple of quick words of warning: while the game is excellent and FREE (except for cosmetic items which I find too expensive to even be tempting) it is pretty gruesome and creepy in terms of both monsters and environments, particularly in the later acts. There are also some very evil characters that talk about doing the will of God. (It’s fairly apparent in the minimal story that exists that they’re all incorrect and most, if not all of them are nuts besides, but I figured I’d mention it.) With those two disclaimers on the record, it’s an extremely deep and polished game that feels very much like Diablo II, but plays fairly differently. All of your skills are either passive (which means they are on the largest passive skill tree you likely have EVER seen) or they’re active, which means you get them as loot.

I learned recently about a particular type of retreat/pilgrimage called a walking retreat. This article talks about one in Nova Scotia, where people casually walk together from destination to destination, not constantly following the same routes as one another, but always coming together at the end of the day. I’ve always wanted to take part in these kinds of retreats, but they generally based far away from me. But this is the kind of retreat that I could see myself organizing at some point with some of the churches in my diocese.

“For me, it’s about community and sharing your story,” said MacPherson, pastor of a small United Church congregation in Murray Harbour, P.E.I., who made the late June pilgrimage on Nova Scotia’s South Shore. “I am always struck by how a group of people who are really strangers can come together and form a community so quickly. The caring and concern for one another and the willingness to help one another along the walk, I find that deeply spiritual and meaningful.”

Shut Up & Sit Down did a review of Tales from the Loop, which is one of the six truly excellent game systems I got to play during Fear the Con X this year. While I didn’t really experience the issues SU&SD had with the game, that was probably due to the GM’s experience with running games.

Everyone’s talking about Tales from the Loop, the game of roleplaying young kids in a 1980s that never was. It’s got everything you need to play out your own version of Gremlins, E.T., Stranger Things, or any movie where kids hurriedly pedal their bicycles to save the day (but should probably be home before dinner).

And who wouldn’t want to play a kid? Adolescence is amazing, and I’m not just saying that because I spent months teaching middle school Algebra. All the hormones, and discovery, and bravery, and adventures, and confusion… it’s perfect RPG fodder. The question is whether Tales from the Loop successfully unites ‘80s nostalgia and middle school feels with good science fiction mysteries.

While I have fallen significantly behind, I am a pretty big fan of the podcast Welcome to Night Vale. Night Vale is all about the weird and surreal, and about being about as unrealistic as you can get without completely and totally alienating the listener. All that being said… this has got to be the weirdest, most surreal, unrealistic-sounding thing about radio that I have ever heard of in my whole life.  Think of the game setting possibilities!

In the middle of a Russian swampland, not far from the city of St Petersburg, is a rectangular iron gate. Beyond its rusted bars is a collection of radio towers, abandoned buildings and power lines bordered by a dry-stone wall. This sinister location is the focus of a mystery which stretches back to the height of the Cold War.

It is thought to be the headquarters of a radio station, “MDZhB”, that no-one has ever claimed to run. Twenty-four hours a day, seven days a week, for the last three-and-a-half decades, it’s been broadcasting a dull, monotonous tone. Every few seconds it’s joined by a second sound, like some ghostly ship sounding its foghorn. Then the drone continues.

Once or twice a week, a man or woman will read out some words in Russian, such as “dinghy” or “farming specialist”. And that’s it. Anyone, anywhere in the world can listen in, simply by tuning a radio to the frequency 4625 kHz.

Peter During my work on the setting I’ve been designing, I ran across a free third-party supplement for D&D 5e that I […]