Our Weekend Reading series (brought to you by our Patreon backers) continues with a curated selection of articles—and a few other things—from around the Internet that interested us this week! Thanks to the generosity of our Patreon supporters, we’re back on a weekly schedule. And yes, we’re excited by that. Thank you!

This article is from over two years ago, and it’s kind of about Christmas, but I think the advice is timeless because it’s really more about themes in gaming than “holiday special” sessions at the end of the day. This is the good old Angry GM, writing back when the Mad Adventurer’s Society was still running. My one caveat to what he says is that those cornball trope mash-ups around the holidays can still be lots of fun. We had a great one of those during the Shadowrun campaign that we all enjoyed.

I’m going to do two gaming-related things this week because I have a second one on here that I may very well use whenever I finish designing my setting. Apparently Trello can be used as an amazing campaign management tool.

So, I’ve been running the game, 6 or 7 sessions, trying to remember the names of the NPCs or exactly where on the map I put that organization’s base, all while looking through my half-unpacked gaming stuff to see where I threw those notes on that one list, and I finally realize how I should have been doing this all along – Trello. I use it for work, I use it for writing and art direction projects, I use it to organize my daily life, so why the heck am I not using it to keep track of my gaming stuff?

Hacking Christianity had an interesting blog post last year that makes an interesting companion piece to our episode about Consequentialism from a little while back.

Unlike Ness, Mal doesn’t sacrifice his integrity or values to commit to his beliefs (see previous Firefly post here). Rather, Mal realizes the only way to beat his adversary and the regime he props up is to go where his beliefs took him and make everyone else aware of his belief. He becomes a true evangelist…with a bit of violence in order to do it, unfortunately.

M. J. Young, chaplain of the Christian Gamers Guild (which we’re naturally big fans of) published an excellent post recently entitled Faith in Play #4: Bad Friends. It definitely spoke to me as a parent, and as someone who’s seen people suffer through bad gaming groups and gaming members out of some weird sense of obligation, but was a little convicting as well:

I know it was sincere, and it was undoubtedly truly meaningful, but I’m afraid it is so cliché that I immediately noted to my wife, “You know, no one ever talks about their worst friend.” We laughed. I said that there must be a way I can use that for something, and we pondered how you would identify your “worst friend.”

A few hours later I shared the joke with my youngest son, who did not laugh but instead said that he knew exactly who his worst friend was.

There’s a literary and musical concept called a motif which I feel we all underutilize in our roleplaying games. Little recurring elements give players a sense of continuity, and they suggest that the game world is real and grounded and not simply made up around the player characters (though of course it often is.) As such, we could all learn from Marshall University’s Jason Morrissette, who has made a study of the vending machines in over 2,000 video games:

“It’s remarkable how little details like soda machines—along with any number of other recurring props—can ground a game in a reality we recognize,” he said, “If video games are about creating a sense of place in which players can immerse themselves, something like a soda machine on a subway platform can go a long way toward making that happen.”

[Morrissette’s] paper takes a qualitative critical approach to answering these questions by identifying depictions of soda vending machines in video games and analyzing the various roles — aesthetic, ludic, and thematic — played by these machines. It goes on to argue that soda machines play a crucial role in grounding video games in a world we recognize as similar to our own, while simultaneously reinforcing the consumerist values of modern capitalism.

My last article features the most fascinating and tragic real person I’d ever suggest using as an NPC in a game. No, seriously. Life in the Tunnels: Inside the Underground World of Bucharest, Romania’s Sewer Kids is a ABC Nightline report from 2014, and it’s astonishing:

Now, an entire generation of children has grown up in the sewers. They fled underground in 1989 when the Communist regime was overthrown and Romanian orphanages were closed, releasing thousands of kids onto the streets. Many took refuge in the sewer tunnels, heated by steam pipes. They are lost boys and girls who have now grown into adults. […]

Drug addicts also live in the tunnels, and it can be dangerous. To be allowed inside their world, Robert said, we would need permission from their leader, an elusive and mysterious man known as Bruce Lee.

Lee has lived in the sewers for the past 24 years, and he is treated like a king by those who live underground. He has silver hair, which he paints with aurolac — a metallic paint popular on the streets as a cheap way to get high. He also wears jingling medals and keeps a large pack of dogs with him. […]

Speaking in Romanian, Lee said children come to the tunnels because “they have nowhere to go, but here they have food and water and heat.”

“I know them all,” he added. “I control everything down here. They used to do a lot of bad things. They didn’t have anyone to guide them to do good before me.”

I recently stumbled across a set of quick start rules for a game called Nibiru. It’s about being on a scary space station where you’re all trying to get your memories back. The quick start can be bought for the low, low price of free, too, which is a big point in its favour. A Kickstarter will soon be launched to fund the release of the full rules in print.

You crawl away from the wreckage of your past.

You hang on tight to the last remnants of your previous life.

You wash ashore, on a beach of rust.

You observe yourself; your inner strife.

The choice is yours; Remember, or Die.

There was a terrible movie I watched a bunch of years ago starring Heath Ledger called The Sin Eater. It was about this man who takes on the sins of others. I thought it was an awful job they made up for the movie, but no. Apparently it was a real job, and it was nothing like the way the movie portrayed it. Sin eating was typically taken on out of desperation, and it lasted a surprisingly long time.

When a loved one died in parts of England, Scotland, or Wales in the 18th and 19th centuries, the family grieved, placed bread on the chest of the deceased, and called for a man to sit in front of the body. The family of the deceased watched as this man, the local professional sin eater, absorbed the sins of the departed’s soul.

I really enjoyed the game Firewatch. If you enjoy walking simulators and nature and storytelling, you will probably enjoy it too. A teen in the northeastern US enjoyed it so much, he was inspired to join the Forest Fire Lookout Association, and saved an historical fire lookout post from being demolished.

Jack Kelley knew he wanted to play Firewatch since seeing the first pieces of artwork. After the game released in 2016, Kelley became fascinated by the real world lookout towers that inspired the game, culminating in the 14-year-old fan saving a historic lookout tower from demolition. 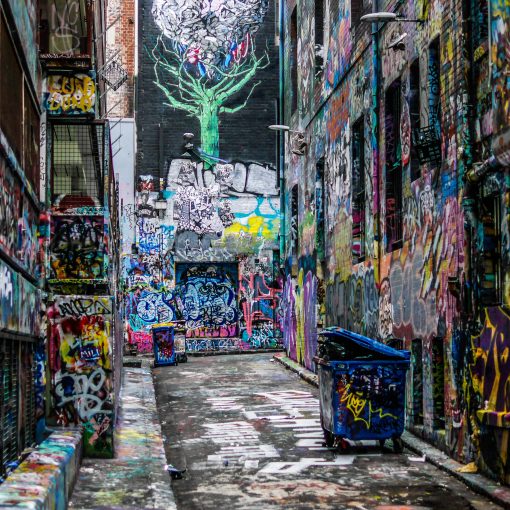 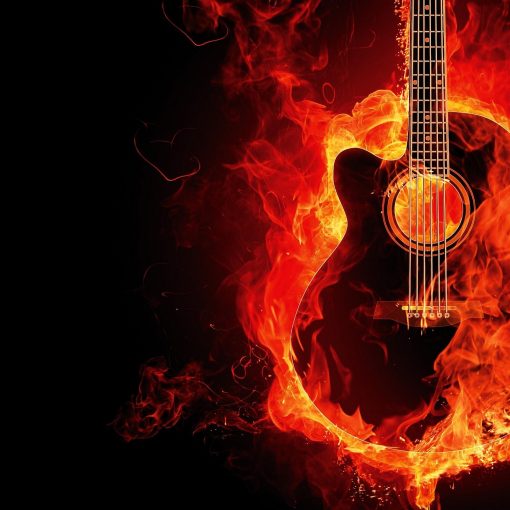 “What has been will be again, what has been done will be done again; there is nothing new under the sun.”—Ecclesiastes 1:9 […]