As I mentioned in the last post in this series, this one will deal with recommendations for mechanical/prep adjustments for a “soulslike” feel. If you haven’t read the first post, go check that out, as this one definitely builds on the material in there.

Before we get started, I’d like to touch on a couple of quick things. In response to the first post in this series, I received this tweet mentioning that one of the other key elements of a soulslike is a feeling of isolation. Trigger Happy has an excellent point, so I’ll also be addressing that (in the next post about GM prep), but I wanted to give credit where it’s due.

The second element that I wanted to address is that the source material here has a bit of a community problem. Concerns about things like accessibility for disabled folks and older gamers tend to be met with sneers and self-righteousness, if not all-out abuse. That nastiness and toxicity that sometimes pops up outside the game is not something anyone should seek to emulate.

With that business out of the way, let’s look at some PC considerations.

One of the hallmarks of the soulslike genre is that death erases some acquired resource, but it also doesn’t completely erase all progress back to the start of the game, either. Permadeath and starting over at 0xp, in addition to being needlessly punitive in a TTRPG, is also a closer modeling of a roguelike than a soulslike.

Dying is actually part of the core gameplay loop of a soulslike, so here’s what I’s suggest (some of this is taken straight from Lords of the Fallen). First, there’s an XP multiplier that gives you bonus XP while it’s active. It rises a little (maybe 5% up to a maximum of 25%) with each successful encounter. You have two pools of XP: earned XP and committed XP. Earned XP is used to level up, and possibly can be spent for things like Inspiration dice or hit dice. If you die, you lose all of your earned XP and your multiplier goes back to zero. During a long rest at a safe point (more on this later) you can transfer your earned XP to your committed XP, which also sets your multiplier back to zero. In either of these cases, all of the slain enemies from the dungeon respawn. Once your spent XP reaches a high enough threshold to level up, you level up.

Coming back when killed is a simple matter of being teleported back to the last safe point that you unlocked. If you want to make being killed a little extra nasty, take a look at the Curse of Immortality subclass (in this supplement) for Ross Leiser’s Accursed class. The Accursed is my favorite third-party 5e class, but just as a quick summary: if you die, you come back with a penalty to basically everything until you finish a long rest. It also keeps you from benefiting from healing spells provided by others or being restored to life by anything other than your curse.

The next thing to look at is active defenses.

There are really only two classes in 5e that have active defenses: the rogue class’s Cunning Action ability and the monk class’s Ki ability. It’s certainly possible and perhaps desirable to hack these abilities or even do a “starting build” of multiclassed levels that I’ll get to in a moment, but I’ve also got another suggestion.

Patient Fighting: If a PC takes the dodge action on their turn and this causes an enemy or enemies to miss them, and they take no damage from the time they took the dodge action to the beginning of their next turn, then they gain advantage on attacks against the enemy or enemies that missed them on that turn. It definitely slows combat down a bit, but doesn’t add an additional resource to keep track of and uses the systems already in 5e.

Multiclass “baseline build:” If you want to give your PCs the active defenses of a video game character and also the immortality-with-baggage I described above, a good starting point would would be level 5 PC with the following levels: Accursed (Curse of Immortality)1/Rogue 2/Monk 2.

Ki, unlike a lot of the Monk class’s other abilities, does not depend on not wearing armor. Between Ki and Cunning action, PCs will have a solid number of active defenses (and the occasional explosive round of attacks) available to them. Ki also comes back on a short rest, which resembles a stamina bar if you squint a little, and between the three classes, the PC will have decent grounding in different types of equipment (simple weapons, light and medium armor, shortswords, and rapiers). The single sneak attack die, combined with the Patient Fighting concept, allows for PCs to get in shots that count against enemies. A PC can gain levels in whatever they wish from this baseline. It will make them durable enough to take a few good hits from a nasty monster, but it will also slow down the acquisition of spell levels and features like extra attacks unless the PC focuses on one of the three classes in the starting block. All of these strike me more as features than bugs where replicating the soulslike feel is concerned, but your mileage may vary. This build also forces PCs who want things like heavy armor and martial weapons to multiclass and/or spend feats for them. It also prevents PCs from healing other PCs (though not NPCs), should that be desirable. They will start out with a decent number of HP, however.

As I mentioned last time, this topic is eating up a lot more words than I initially expected, so that’s it for part 2. In part 3, I’ll go over some adventure and setting design criteria. As always, I love getting feedback on these, so if you’ve got thoughts, I’d love to hear them, either as comments on this post, on social media or in the Discord.

Photo by Moss on Unsplash 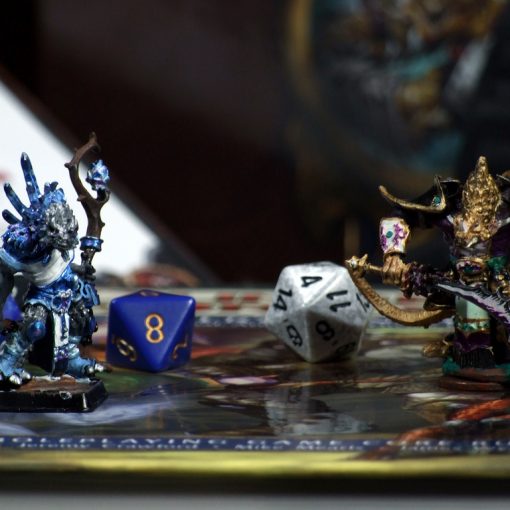 Warning: Two of the links in this post describe some very ugly gender-based and racially-based harassment and abuse. It is grim, infuriating […]